Thermal island of Ischia in the Tyrrhenian Sea is world-famous for its spa resorts, a place treating sciatica (ischias), gout, backache, rheumatism and asthma. However the name of the island is of far more prosaic origin, originated from the Latin word insula – island.

Ischia is the most famous and largest island in the Gulf of Naples, just 33 km away from the port of Naples. Area is relatively small, its almost regular circular shape occupies 47 square kilometers, but it is definitely richer in its diversity. 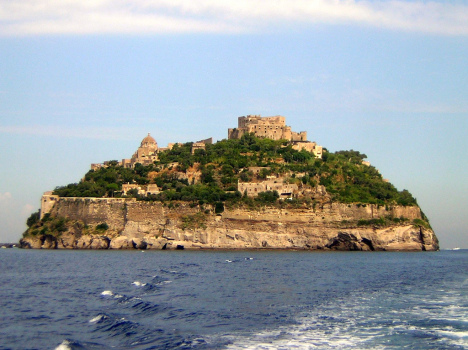 It is a home to about 60,000 inhabitants, who live mainly from tourism. Ischia satisfies all the tourists looking for relaxation by the sea, as well as curious travelers who are interested in the history. It is especially popular for its unmistakable luxury spa resorts.

Ischia is of volcanic origin, featuring the hot thermal springs, fumarole, natural saunas and hot sand. There are more than a hundred of springs of various temperatures, so you can bathe in mineral and thermal water. 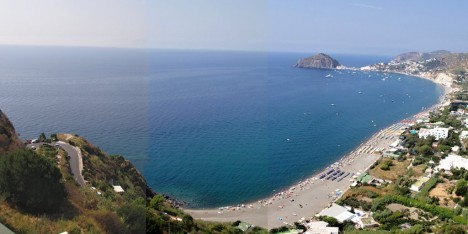 The specialty of the island are the mud wraps from volcanic clay that matures eight months in tanks with mineral water.

On the island there are a total of six of them including Poseidon gardens or Aphrodite and Apollo gardens, open from April to October.

In addition to patients with psoriasis, diseased spine, rheumatism, asthma and gynecological problems Ischia is a popular destination for lovers of history.

The first mention of the island dates back to 3500 BC, originally inhabited by Greeks, who also founded the city of Cuma and Naples on the Italian mainland. 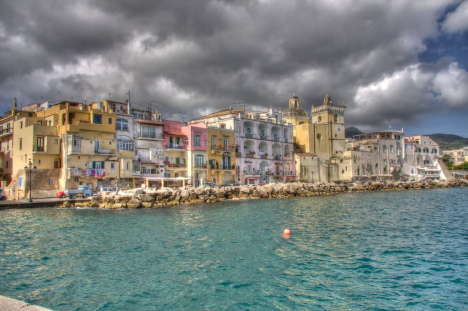 The historical part of the island lies in Ischia Ponte, which represents part of the main town of Ischia. It is located on a tiny island connected to the main island by the dam.

Tourists are coming here to admire the remains of a Baroque cathedral with Gothic frescoes and a crypt, a former monastery and the famous castle of Aragon from the 15th century.

Town of Ischia is the busiest spot on the island, also because the ferries arrive here from the mainland as well as from the island of Capri. In addition to this town there are five additional municipalities – Casamicciola Terme, Lacco Ameno, Forio, Serrano Fontana and Barano. 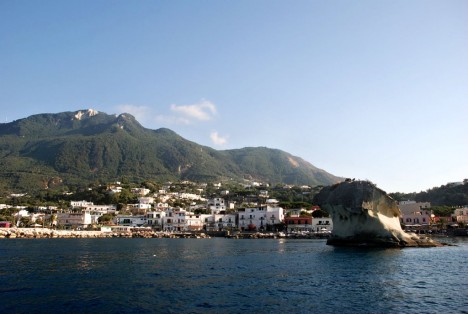 Lacco Ameno with Monte Epomeo in the background, Ischia by Chiara Marra

Do not miss visiting the Archaeological Museum in Lacco Ameno, snow-white church of Santa Maria del Soccorso in Forio, or romantic town of Sant Angelo at the foot of the volcano, which is well-known for the fact that there is no car traffic, so you have to leave your car in front of its gates. 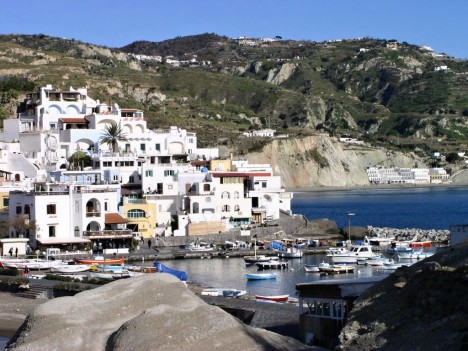 Ischia is also an ideal destination for hiking. In the southern part of the island you can climb on the extinct volcano Monte Epomeo. From here you can see Naples and Vesuvius.

Most convenient and fastest way to get to the island of Ischia is to take a plane to Naples and then board the ferry which take you to the island in 45 minutes. There are a number of domestic travel agencies offering holidays in Ischia.