If you want to spend your vacation at sea and in the same time you require to choose from some impressive and special place, Monterosso al Mare will probably be the best option for you. Monterosso al Mare is one of the five villages that are located within a protected area of ​​Cinque Terre National Park.

Cinque Terre National Park is a wild and rocky coastline and was named after the five villages that balancing on the edge of the cliffs. The largest of the villages in Cinque Terre is that of Monterosso al Mare, while the other villages are Vernazza, Corniglia, Manarola and Riomaggiore. All villages are connected by railway tracks and foot paths. 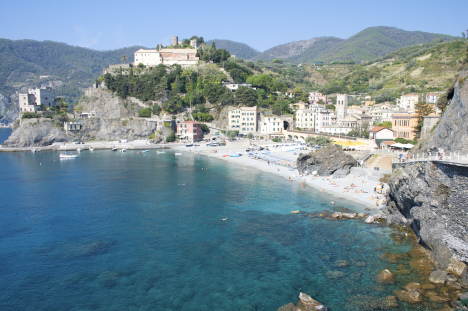 Monterosso al Mare is divided into two parts – the older part of the village (Monterosso Vecchio) is situated at the ridge and the newer – modern part is at the foot of the ridge, along the sea coast. The bay is called Fegina and is home to the largest beach within a park and is also the most popular in terms of accommodation. 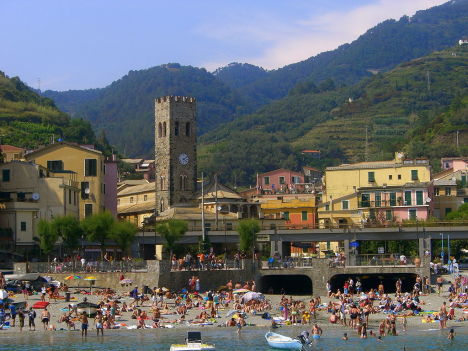 Local residents are involved in agriculture rather than fishing, but most of them are already living from the tourism. Even today, in the Cinque Terre there are still traditionally growing grapes without use of any mechanization and it is also the birthplace of the famous Cinque Terre D.O.C. wine.

Most of the secrets is finally revealed. Unfortunately, this is true also for Cinque Terre. Its five villages lying on the coast were until recently inaccessible by road and almost unknown to tourists. Anyway, the villages still keep their charm. Also the surrounding landscape, which consists of steep cliffs, vineyards, olive groves and steep terraced slopes. 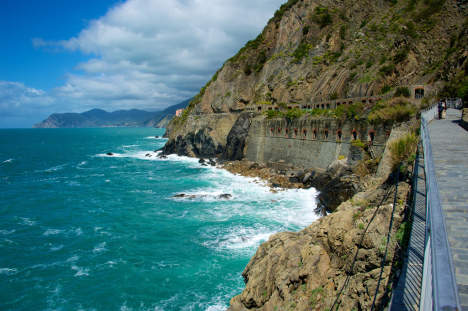 Once you come to Monterosso al Mare, or to any other village of Cinque Terre, make sure to come out for a little trip. One of the most popular and recommended is that of Via dell’Amore (Path of Love). It is a trail between Manarola and Riomaggiore and is less than two kilometers long. However you can spend nice time also in a local pebble beach.

My location
Get Directions
If you are planning your next trip to Italy book hotels, flights, rental cars at best price guaranteed!
Leave a comment cinque terre, corniglia, Liguria, manarola, Riomaggiore, vernazza