Perhaps one of the most infamous mountains in all of Italy is that Mount Etna. Etna today is an active volcano which can be found along the eastern coastline of Sicily.

Known as the largest volcano in Europe that is still active, Etna towers more than 3,329 meters above sea level. It is interesting to note that the height of the mountain is actually lower now than it was back in 1981 as a result of altitude changes resulting from the eruptions. 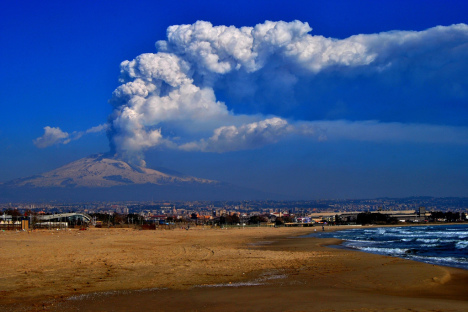 Mount Etna is more than two and a half times the size of Mount Vesuvius. It is also considered to be one of the world’s most active volcanoes as it has been constantly active for decades.

Because of the fertile volcanic soils along the edges of Mount Etna, the location is also a popular location for vineyards. There are many well-known vineyards in the foothills of Etna. 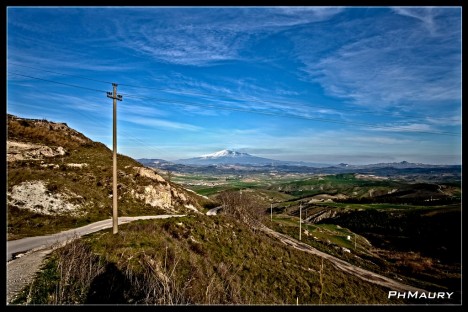 Around 35,000 years ago the volcano had a number of explosive eruptions which had deposited ash as far as 800 kilometers away in Rome. 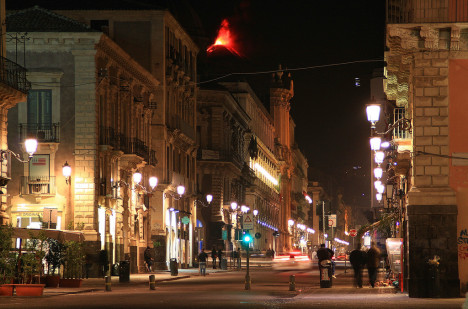 Etna erupting above Catania / Taken on November 28, 2013 by andrea

About eight thousand years ago, the eastern side of Mount Etna collapsed in a manner similar to that of Mount St. Helens. Today, the depression caused by the collapse is known as Valle del Bove.

The landslide created a powerful tsunami that was felt throughout the Mediterranean. Another collapse occurred about two thousand years ago which created the Piano Caldera. 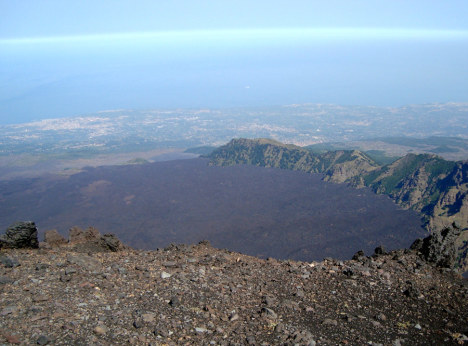 Because of the continuous state of eruptions, Mount Etna is an important location which is studied in order to help science learn more about eruptions and how to better predict their occurrence.

One of the best views of Etna can be seen from the town of Taormina.