Why Visit The Temple Of Hercules in Rome

The Valley of the Temples (or Valle dei Templi) is located in Agrigento, Sicily, and represents one of the most important archaeological sites in the world. This region is famous for its well-preserved ancient temples which are registered to the world heritage of UNESCO.

One of the most beautiful temples is represented by the Temple of Hercules, named after the hero Hercules (also known by the Greek name of Heracles). It is a Greek temple built in the archaic Doric style around 500 BC, but only some of its columns have remained to this day. It is the oldest temple from the site and the dating of its ruins is based on the number of columns and their stylistic characteristics. The Temple of Hercules is the second largest temple in the Valley of the Temples, with impressive colonnades and stone staircases on the outside. It is said that this temple was famous during ancient times for its statue of Hercules and a wonderful painting of him pictured as a child strangling a serpent. The temple was renovated by the Romans after being damaged in a fire, and they brought some additions to it. Other eight columns were then reconstructed during the 20th century. 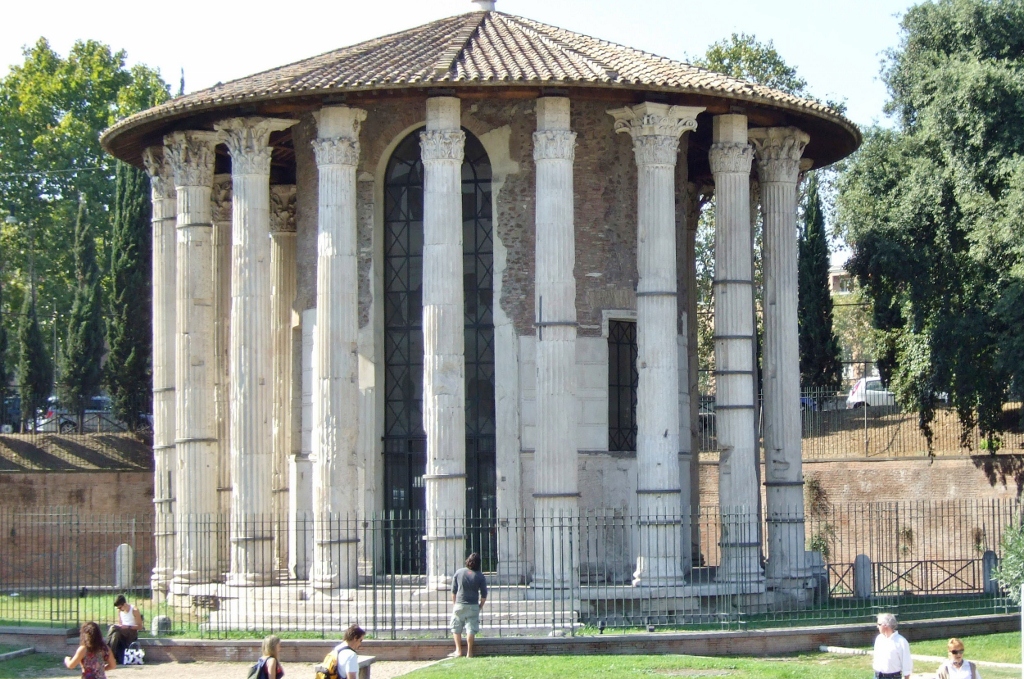 The Temple of Hercules Victor in Rome

Even though now there’s nothing left but ruins, the Temple of Hercules still is one of the most beautiful antique temples because you can see it from far away with its imposing columns rising like a symbol of the hero’s power. The temple’s architecture is complex, with a mounted, wide platform at the bottom with a length of over 70.000 meters. It was 16.264 meters high and had a total of 38 columns out of which only 9 still stand today. Both long sides of the temple were protected by 15 columns each, and the other ones were placed at the front of the building.

The Valley of the Temples offers a spectacular view of ruins of ancient temples, the modern city and the sea. Air temperature in Sicily can get very high during summer months, so if you choose to visit the temples during the afternoon, make sure to wear a sunhat and high spf lotion because there are few shady places where you can hide from the burning sun. The temples can also be visited in the late evenings when the sun has set and the air becomes more breathable.

If you are planning your next trip to Italy book hotels, flights, rental cars at best price guaranteed!
Leave a comment hercules, Rome, temple, temple of hercules