Campobasso-10 things to do and visit

Campobasso is a city of 49,434 inhabitants, capital of the province and the region of Molise.
First city in the region by population, rises to 701 meters above sea level, making it the third highest regional capital of Italy after Potenza and L’Aquila.
The city, of Lombard origin, is located in the area between the rivers Biferno and Fortore. The old town contains many examples of different historical periods, from the thirteenth century church of San Leonardo, the sixteenth-century Monforte Castle, and the neoclassical Cathedral of the Holy Trinity.
The city is home of the University of Molise and two military schools belonging to the Carabinieri and State Police, as well as being the Archbishop’s underground Catholic Church (Archdiocese of Campobasso-Boiano).

Monforte Castle dominates the city of Campobasso and is also its symbol.
The building has a massive quadrangular, and its old structure and we are still traces, as elements of the drawbridge and towers side of defense.
The castle appears to be fairly bare-bones, but climbing the stairs (also looking decidedly bare), you arrive on the terrace from which you can see a panorama below very large attractive.
Interesting are the basement of the castle, which probably served to shelter during the battles.
Currently, the castle houses the Memorial to the Fallen of the Great War and, upstairs is a weather station from the Air Ministry.

Recently, the complex of the former GIL (Italian Littorio Youth, a propaganda construction of Mussolini era) has been partially rebuilt and adapted to accommodate recreational events, especially exhibitions of works of art.
These cultural events are by artists from Molise and beyond, and are a major center of cultural attraction for the city. 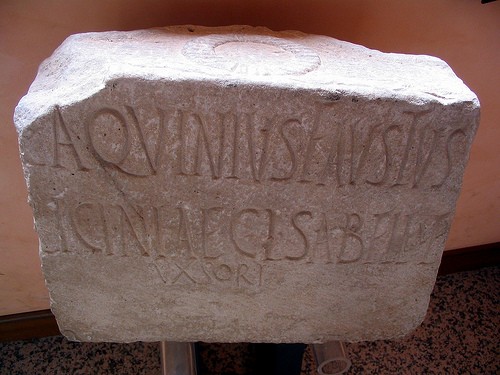 3) Cathedral of the Holy Trinity

The Holy Trinity Cathedral is the main building of Catholic worship in the city of Campobasso, in addition to being the seat of the Archdiocese of Campobasso-Boiano, which includes the three dioceses of Molise (Isernia-Venafro, Termoli-Larino Trivento). The church was originally built in 1504 at the behest of Andrea de Capoa, but was destroyed by a major earthquake in 1805. The new building was designed by Bernardiino Musenga and inaugurated in 1829, but already in 1860 it was closed as part of the motion of ‘Unification of Italy. The reopening took place in 1900, and transformed into a cathedral in 1927. Soon after they were carried out of the extension of the building, with the construction of the nave and the apse. The church, in neoclassical style with a fine portico supporting a similar to that of the temples, has a nave and two aisles, with side adorned with votive chapels. In the apse, decorated with stained glass, there are the choir and the organ. 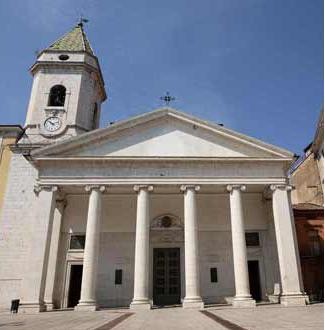 Villa De Capoa is an ancient noble house that is located in the town of Campobasso in Molise. It dates back to the eighteenth century, and consists of a main building and a large garden of about 16,000 square meters. Was donated by the Countess Marianna de Capoa to the town of Campobasso in 1875, thus becoming a public park, in which there are several major sights and points of interest, a spa with water games and a statue of Bacco with grapes grape. 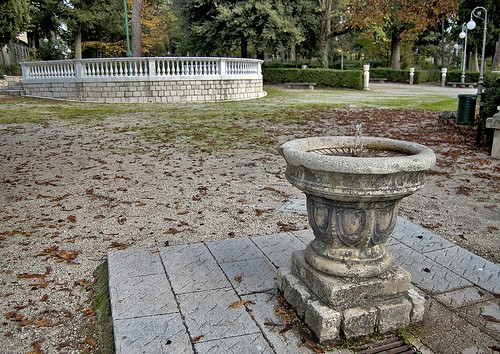 5) Procession of the Mysteries

A pleasant surprise in this beautiful city takes place during the Corpus Domini.
To celebrate the anniversary, the streets of downtown, the parade “Mysteries”. They might look similar to the carnival floats, but actually have a whole new meaning.
Seeing these people who claim to shoulder, walking under the hot summer sun, with a great physical effort other people representing the saints, the angels, the ‘Immaculate, the devils … children who are supported by brackets at the top, almost touching the sky. It ‘really touching to witness this event!
Only devotion can convey feelings and emotions, and these people certainly have a lot.
A side dish of everything extend roadside stalls, but when “pass the Mysteries” the crowd, they came for the occasion from all over, he forgets what he has around and focuses on religiosity. 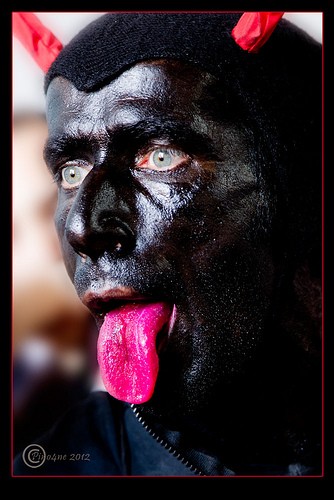 The Mystery Lounge Pub in Campobasso has a vibrant local capital molisano. Evety night there is a specific theme, on Wednesday 50 women have 25% discount, Thursday and Friday you sing karaoke, and Saturday are live concerts . Get there: By car, from the SS 87, take Via San Giovanni, then turn into Via Garibaldi and park. The pub is 50 meters away. 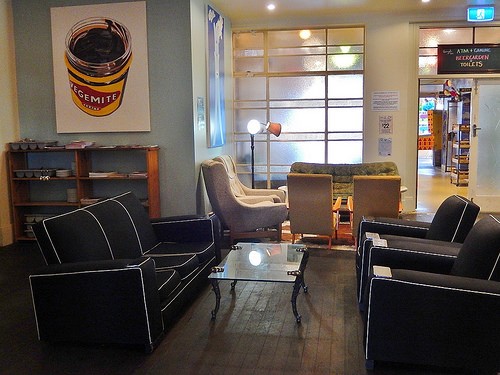 The site of Altilia is the archaeological site of the ancient Roman city of Saepinum. The settlement dates from the fourth century BC, but the city was only founded in 293 BC. It can now be admired several funereal artifacts from the nearby necropolis, the remains of a building used for cleaning and painting of skins, site because it related to transhumance, the peristyle of a basilica and macellum market alimenntari genres. Near the site you can also visit the Archaeological Museum of Sepino. Getting there: The resort is located in the town of Altilia Sepino thirty kilometers south of Campobasso proceeding by the SS 87. 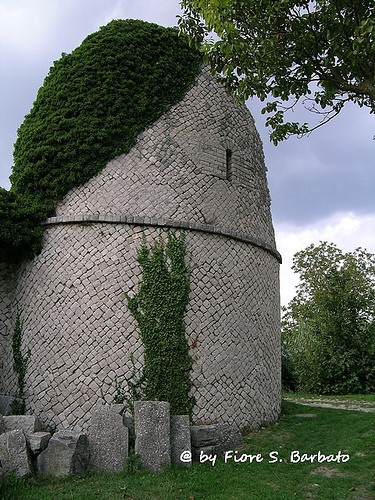 The Enotria in Campobasso is a restaurant and wine bar very special and cozy. The restaurant is located in the city center and is divided into different rooms, some of which in the living rock, placed on a tabletop distorted. The stone walls of the room are decorated with unique carvings. Refined cuisine and traditional. 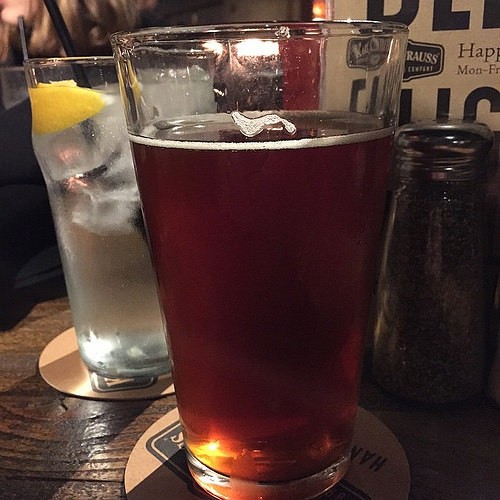 If you love the atmosphere of Oktoberfest, the place for you is the König Ludwig of Campobasso. Costumes, furnishings, music, beers, everything here speaks of Bavaria. Getting there: The restaurant is located in the historic center of Campobasso. 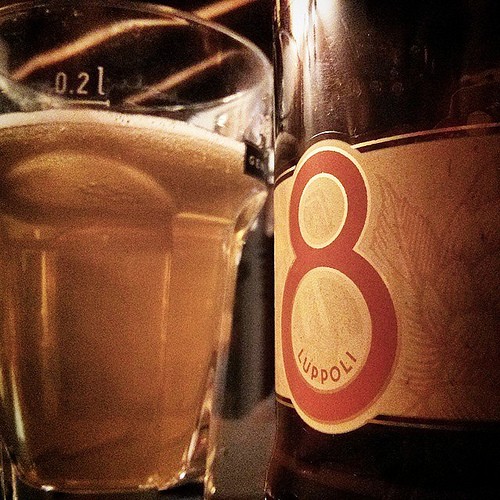 During the visit to the old town you will meet it along the way. It preserves artifacts dating Sannita ancient peoples Italico, interesting. It ‘very likely that the capital of the ancient Sannio was right near Campobasso. 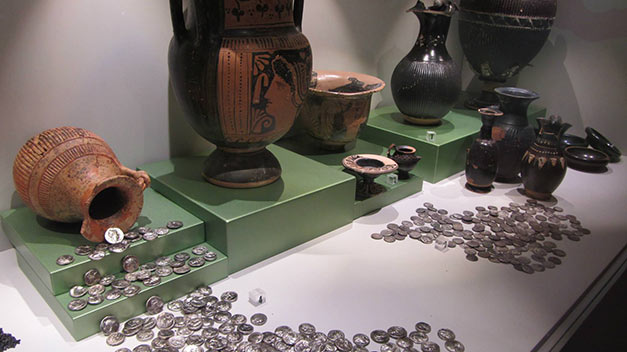 Get Directions
If you are planning your next trip to Italy book hotels, flights, rental cars at best price guaranteed!
Leave a comment campobasso, molise, monforte castle