Giardini Naxos is a small sea resort with about 8400 inhabitants. It is situated just a short walk north of the bigger and better known town of Taormina.

Naxos is sought out primarily for great swimming and fishing. Giardini Naxos occupies a narrow strip between the coast and the foot of Monte Tauro. 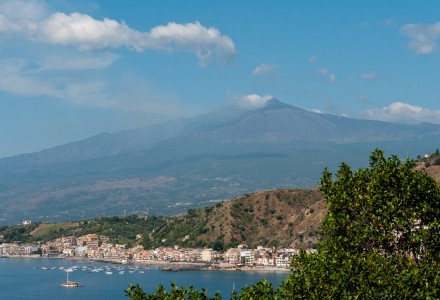 Giardini Naxos with a view of Etna by neekoh.fi

But Giardini Naxos is also a historically important place, it was the first Greek colony on the island of Sicily, founded as early as 735 BC. Something of the old Naxos can still be seen in the Parco Archeologico. In this area there is also a museum with findings from excavations. And just few steps from the museum you can enjoy great beach and crystal clear sea.

Giardini Naxos is attractive and popular among tourists mainly thanks to its location, as it is lying beside the famous and lively town of Taormina, which is a lively place full of bustle and fun.

Giardini Naxos is located near the volcano Etna, where you can get by following the way through Taormina. Towards the inland there is another adventure of the area – a huge canyon of the river Alcantara, called also Alcantara gorge. You can walk through the beautiful Sicilian nature and enjoy the great fun and adventure. 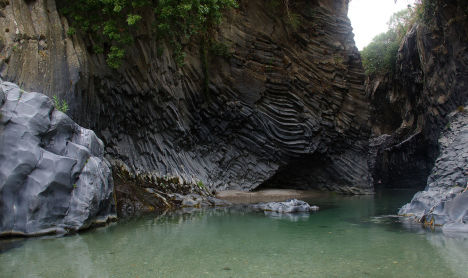 In the vicinity of Giardini Naxos you will find several similar resorts along the coast with beautiful beaches and clean and beautiful sea. The closest ones are Mazzaro, Letojanni, S. Teresa di Riva or Roccalumera.