Pozzuoli is a small city in Campania which is sought-after for its ancient monuments and world-known spa. It was founded in the 6th century BC by Greek colonists. During the Roman Times the city became an important trade center.

At first the port was called Puteoli – from the latin word putere (to stink) and it was none other than Puteoli where goods from Africa and Asia were delivered to Europe. The city also grew up thanks to the mining of volcanic ash, which was often used during the times of Roman Empire. 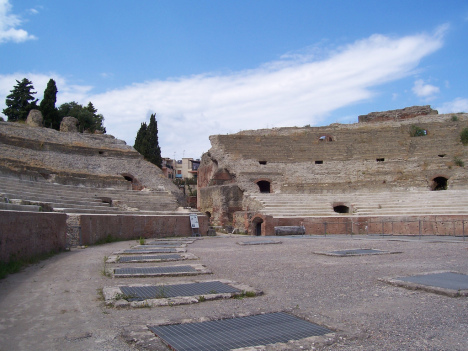 Even today the city is very popular among tourists. They are coming here not only for its beautiful location in the Gulf of Naples, but also because of a number of ancient monuments, great views of Mount Vesuvius, Naples, and Capri.

What to see in Pozzuoli

A town’s main monument is the archaeological site Macellum of Pozzuoli – originally a marketplace, which was considered the Temple after excavations. This is the reason why it is also known as the Temple of Serapis. 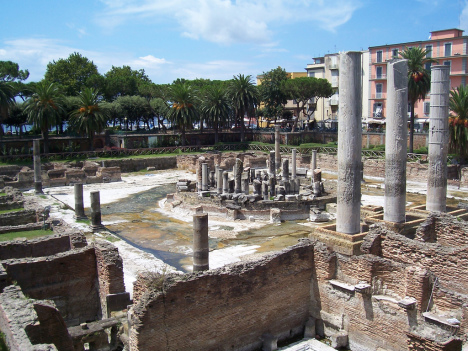 Macellum of Pozzuoli by Ferdinando Marfella

The town with around 80,000 residents is a home to a well-preserved Flavian amphitheater, which is even a third largest in Italy (just after Roman Colosseum and lesser-known amphitheater in Santa Maria Capua Vetere – Campania). 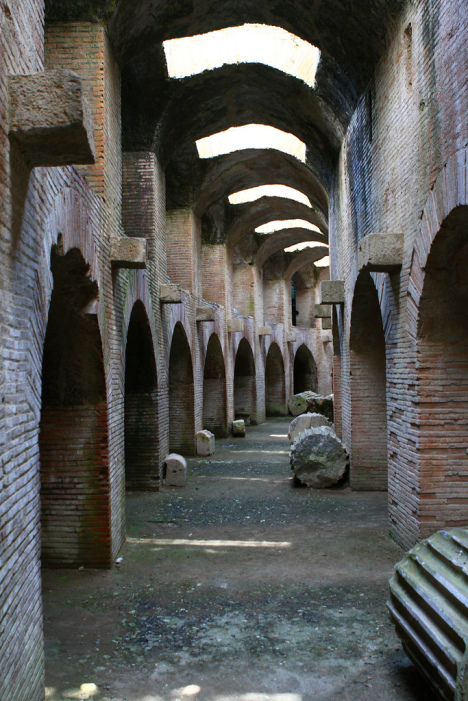 Under The Flavian Amphitheater by Justin Ennis

What to see around Pozzuoli

Pozzuoli is surrounded by Campi Flegrei Regional Park which protects a territory of active volcanic area including the volcanic lake Lago d’Averno. The lake is rich in wildlife and is very popular for bird-watching. The landscape around the lake is characterized by fruit trees and thick reeds, which is a home to ducks and colorful kingfishers. 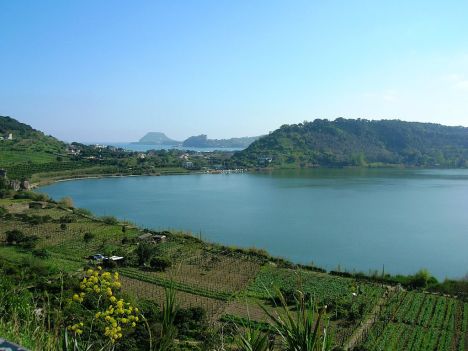 The area is very rich in archaeological sites, such as the Cave of the Sibyl. To the east of the lake there are the Grotto of the Cumaean Sibyl and the ruins of majestic Temple of Apollo dating back to the 2nd century AD.

Nearby is another Natural reserve of Costa di Licola (Riserva Naturale Costa di Licola) protecting the narrow strip of pine forest. From Pozzuoli you can take a ferry to the nearby islands of Procida and Ischia. A train can take you to the center of Naples. 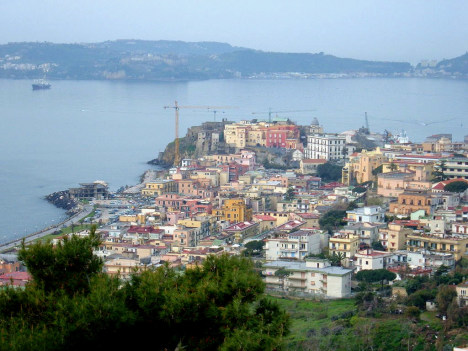 Being known as a home place of famous actress Sophia Loren, you might wish to visit this charming town once you are in or around Naples (it’s only 20 kilometers far from this third largest Italian city). If not, then just make sure to see a great biographical film Sophia Loren: Her Own Story (1980) to have an idea, what the life was here about some 80 years ago.