The Madonie Mountains are home to the some of the largest peaks on the island of Sicily. At a height of 1,979 meters above sea level, Pizzo Carbonara is the tallest peak in the mountain range. There are several other notable peaks that can be found in the Madonie Mountains which includes the 1,912 meter tall San Salvatore Mountain and the Mount Ferro which rises more than 1,906 meters above the sea.

Countless Greek, Roman and Sicanian were destroyed in the region following the Arab invasion. Many of the small towns that can be found within the Madonie Mountains were founded by the Saracen Arabs. Later, when the Normans took control over the region, these towns were expanded greatly. Today, a number of artefacts from these ancient settlements have been uncovered in the region. 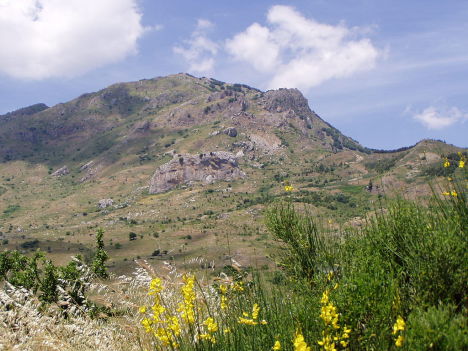 Much of the Madonie region is covered in woods. There are several rivers in the area including the rivers of Imera and Pollina. While there are very few remaining wild cats in the region, there are no remaining native deer. You will however find a number of other animals within the wooded foothills of the Madonie Mountains. There are a number of porcupine, hares and foxes which can be seen throughout the region. You will even see the occasional wild olive tree growing throughout the region as well.

Most of the people who make their way to the mountain region are looking for a retreat from the hustle and bustle of life in Palermo. There are countless hiking trails that can be found throughout the mountains. During the winter months, it is even possible to go skiing near the Piano Battaglia resort. The Tiberio Gorge which was cut out of the limestone rock formations by the Pollina River is also a very popular destination within the region.