Catanzaro – 10 Things to do and visit

It is the second common in the region for population and is the center of an urban area, which has about 150,000 inhabitants.

Historic capital of the former province of Calabria Ultra for over 200 years, the city of Catanzaro is home of the University “Magna Graecia”, according to the University of Calabria for the number of subscribers. In the summer months the Ionian coast from Catanzaro Soverato is subject to important tourist flows, especially youth, to the presence of numerous recreational facilities.

Catanzaro is known as the “City between two seas”, as it is located in the isthmus of Catanzaro, which is the strip of land narrower in Italy, where only 30 kilometers separate the Ionian Sea from Tyrrhenian Sea. This lets you see at the same time, the neighborhoods north of the city in some clear days, the two seas and the Aeolian Islands. It is also known as City of the three hills corresponding to the three hills that are represented in the coat of arms on the hill of St. Trifone (now St. Rocco), the hill of the Bishopric (today Piazza Duomo) and the Castle hill (now St. Giovanni) .

Catanzaro was finally formerly known as the City of the three “V”, referring to three distinctive features of the city, namely:

V San Vitaliano, patron saint;
V Vento (wind) as constantly beaten by strong breezes from the Ionian Sea and the Sila;
V velvet as an important silk center since the time of the Byzantines

Here the 10 things to do and visit in Catanzaro.

This structure, completed in 2005, is the flagship of the city: it is home to many species different from each other, both in terms of flora and fauna. In addition to gardens, fountains and playground, it is possible to jog along a well-structured. Within the area there is also the museum which faithfully recreates the memories of past eras (1st World War, wars of 1800 etc.). The Museum is also the horizontal guillotine blade that caused the death of young patriots the city and the neighboring countries. 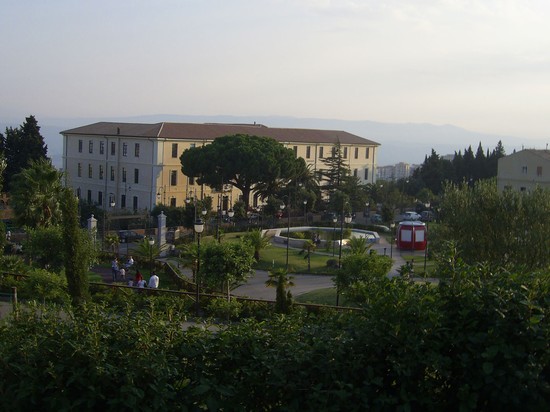 The Village Mancuso and the Village Racise can easily reach by taking the road Sila Piccola Catanzarese, crossing the small town of Piterà and continuing up to the Sanctuary of Our Lady of Termini.
From there, passing quickly the gap you arrive on the shores of the dam of the loop. The route is about thirty minutes. The Village Racisi, more recently, is made up of modern buildings, unfortunately intrusive, while the Village Mancuso, or rather what remains of it, consisted of wooden houses, similar to huts, decorated in bright colors, which is in a picturesque armonizzavano in those places.
Today, the original building is supplanted by modern buildings, however the nature of the place is so fascinating that you just get away for a few hundred meters from the paved road to be immersed in nature. Absolutely to visit the barracks of Forestry in Monaco places where you set up a good educational museum that allows you to appreciate the animal species, plants and geological specificity of this place. 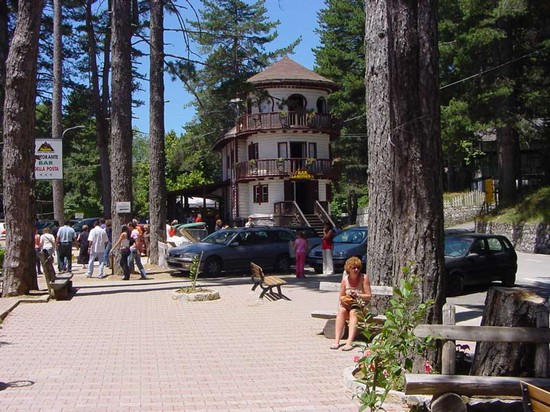 The Complex of San Giovanni in Catanzaro is a set of religious sites among which the Church of Saints Giovanni the Baptist and Evangelist. It was once a stronghold of the Normans then abandoned and converted into a place of culto.Come there: By car, from SS 109 bis, take the viaduct Bisantis. 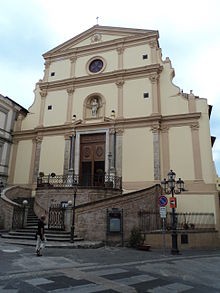 The famous protected area does not need large presentations. The transparent waters are rich in flora and fauna. sea turtles, dolphins and sea grass. Archaeological remains add great charm to the experience. THE CRIB OF Capo Rizzuto: in the charming town of Capo Rizzuto the Aragonese fortress overlooking the bay is one of the most beautiful places to visit. The castle built on an island is recognized by all for its austere beauty and dates back to 204 BC 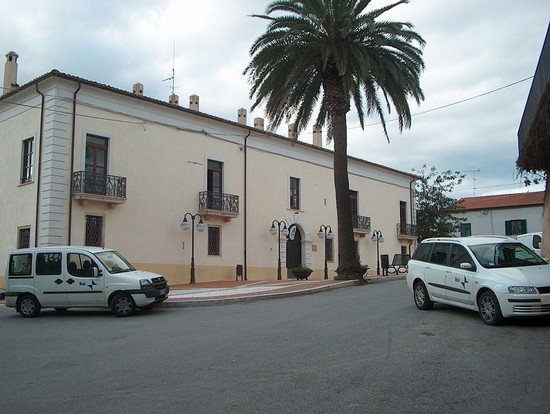 The Museum of Lambretta of Sellia Marina, at Catanzaro, houses an interesting collection of scooters of the historic Italian.
Easily accessible, is on the left of Highway 106 – Crotone direction, a few tens of meters before the junction for Calabricata. 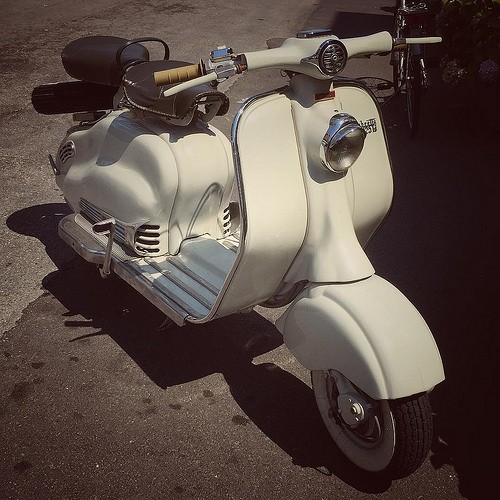 Orme nel Parco is a cultural association that works within the National Park of Sila promoting excursions and activities. The overbearing nature, wild and beautiful of this area makes it one of the less traveled the country, because here you can enjoy the benefits of a unique relationship with the flora and fauna as in few other places in the world. In the nature reserve Coturelle-Piccione, to over 1500 meters above sea level  near Buturo can see the charming Eternal Forest, formed by ancient trees, such as spruce, beech, oak and pine. From here along the path open fantastic views of the sea. Another place not to be missed is the waterfall of the Bell Ringer, in fact this is literally surrounded by ferns and vines that give a truly exotic appearance. Thanks to the passion of the organization the list of activities is indeed very wide. They range from hiking tour by jeep, from cross-country skiing, for mountain biking. You can stay in a hotel, in a refuge, in a cabin or tent. The all in a wild and unspoiled of rare beauty that makes the stay truly unique. By car: The park can be reached by the Salerno-Reggio Calabria, exit Lamezia Terme. From here take the SS 106 Taranto towards Reggio Calabria. By train: On the Tyrrhenian line, from Lamezia Terme Centrale, go to Catanzaro Lido. On ionic line follow the direction of Reggio Calabria Central. By plane: Airport of Lamezia Terme. The terminal is active service bus. Orme nel Parco Via Izzi de Falenta , 60 Catanzaro Lido (Catanzaro) Tel: +39.0691.73 16 29 Fax: 16 29 +39.0691.73 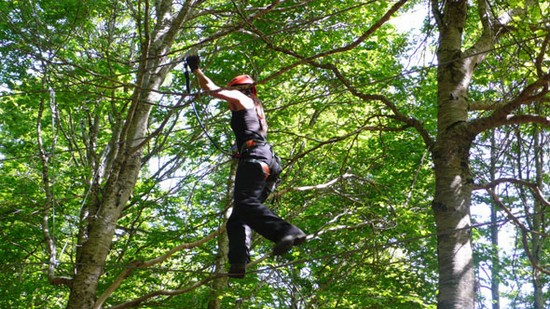 The bridge, single arch, is a gem of architectural engineering. It is the second bridge of Europe, because of its particular construction technique, tested here in the late 60’s. Characteristic also seen illuminated at night by the fortress of San Giovanni in the old town of Catanzaro. 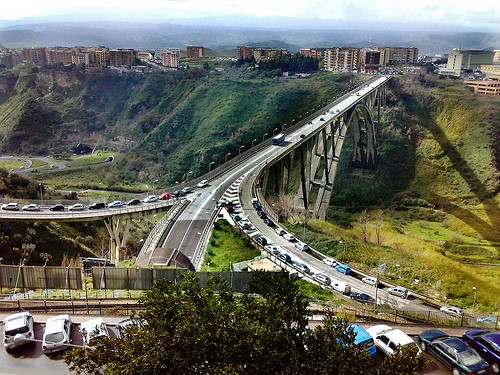 8) Basilica of the Immaculate

The Church of the Immaculate Conception is located in front of the Government Palace, and on his left open Piazza Rossi, on the Corso Mazzini, the main street of the old town of Catanzaro.
The church was rebuilt in 1765 and subsequently renovated in 1892, edited by G. Parisi. It has a Latin cross with three naves, divided by pillars. In the side chapels and the transept are the baroque altars in polychrome marble. In addition to the beautiful statues, it is to remember the plaque, down the aisle, commemorates the visit of Ferdinando II in 1852.
The church, organized by the Franciscans, is much loved by Catanzaro as the city of Catanzaro is dedicated to the Immaculate Virgin and the date eight in December will rites are celebrated Marian followed by the faithful with great devotion. 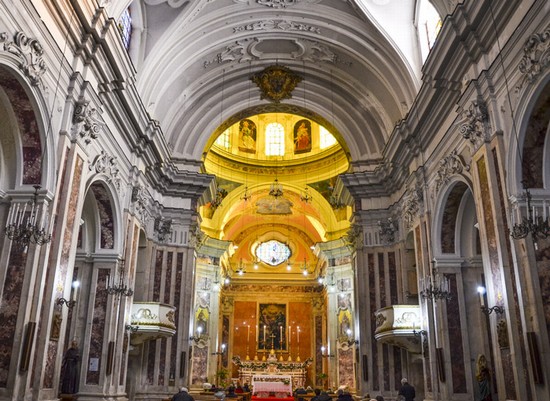 The discovery tour of the greenhouses from Catanzaro Lido then south towards the road 106, after a few meters is Santa Mariadella Roccella one of the biggest church of the region. The road continues in the green up to Borgia and Girifalco known agricultural center. Some kilometers later you reach the medieval style village Amaroni-style and later Vallefiorita. The road winds towards Squillace former home town vesscovile. This flowers’ in the Byzantine era and was known for working ceramica. Along thick vegetation of olives trees is reached Staletti known seaside resort and its surroundings Lido of Squillace and Lido Soverato this part of the coast with impressive hospitality facilities. 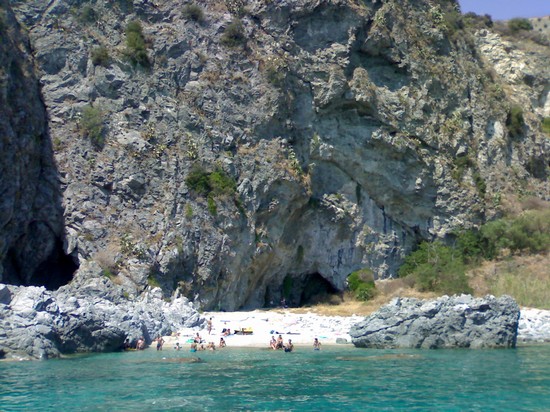 10) Marca – Museum of Arts in Catanzaro

Museum of Modern Art with collections and home to exhibitions of international importance. It contains stably works of internationally renowned artists from Calabria and national as Mimmo Rotella,  Andrea Cefalì and the sculptor Jerace (there is a rich collection of plaster casts), known for, among other things, made the bas-reliefs of the Altar of the Fatherland in Rome. 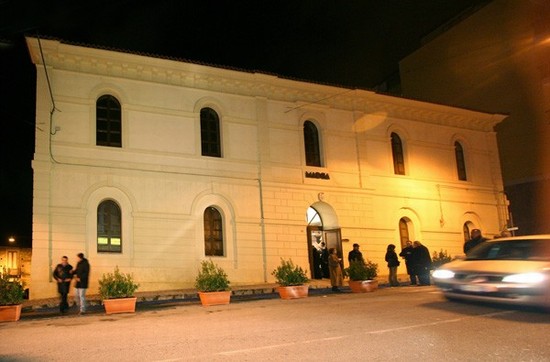 If you are planning your next trip to Italy book hotels, flights, rental cars at best price guaranteed!
Leave a comment 10 things to do and visit, Calabria, catanzaro, church, san giovanni