Egadi Islands – the place that you shouldn’t miss while alive

Situated just of the western Sicilian coastlines you will find the Egadi Islands. The island group consists of three islands including the islands of Favignana, Levanzo and Marettimo. These three islands are home to more than five thousand permanent residents; most of which reside on the island of Favignana.

The island group has a rich and colorful history associated with it that dates back to the Paleolithic Era. A number of archeological sites in the caves on the islands of Levanzo and Favignana have discovered paintings that date back to both the Neolithic and Paleolithic Eras.

It was here on the shores of islands that the First Punic War came to an end back in 241 B.C. After just having defeated the Carthaginian Fleet off the shores of Sicily, Catulus took possession of the Sicilian Islands in the name of the Great Roman Empire.

There are countless bays and coves that can be found throughout the island group which offer seclusion from the overly crowded beaches of Sicily. Situated only ten kilometers off the coast of Sicily countless people make their way to the Egadi Islands in order to escape the crowds and traffic of Trapani.

Favignana – the largest of the island group

The island of Favignana is not only the largest of the island group, it is also the most populated of the three. Situated only ten kilometers from the Sicilian coastline, the island has grown into a popular tourist destination over the years thanks to the many isolated bays and coves that can be found along the edges of the island. The most popular bay is that of Cala Rossa which is known for its crystal clear waters. 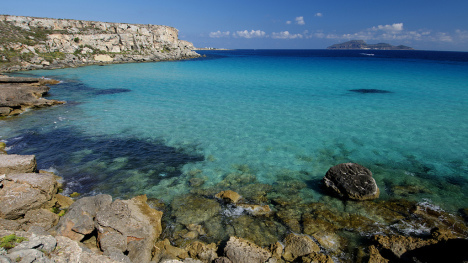 The island’s main town which shares its name is known for the huge Fort of Santa Caterina. Originally, the fort was nothing more than a simple watchtower that was built on the island by the Arabs. Later, when the Normans occupied much of Italy, the fort was enlarged significantly so that the Bourbon Kings could use the island as a prison.

There are two piazzas that can be found in the town of Favignana. Bought back in 1874 by the Florio family, the island was home to one of the largest tuna fisheries in all of Sicily. The family even built a palace on the island, the Palazzo Florio, which was constructed back in 1876. Today however, the fishery is almost completely abandoned as the islands are now geared towards the fast growing tourism industry in the area.

The island of Levanzo is the smallest island of the group. The coastlines of Levanzo are rocky and covered with magnificent cliffs that overlook the surrounding seas. Covered in hills, the island’s highest point can be found at Pizzo dei Monaco which sits at 278 meters above sea level. 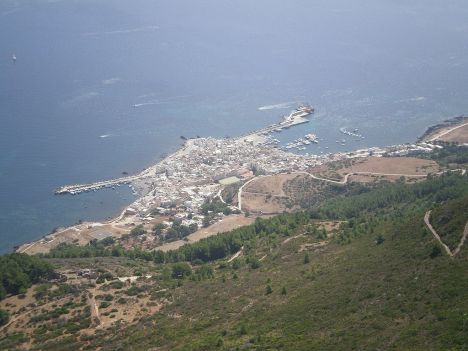 Marettimo – the most isolated one

While isolated from the rest of the Egadi Islands, Marettimo is nonetheless a popular destination in the trio of islands. One can easily access the island from Trapani by hydrofoil during the peak of the tourist season.