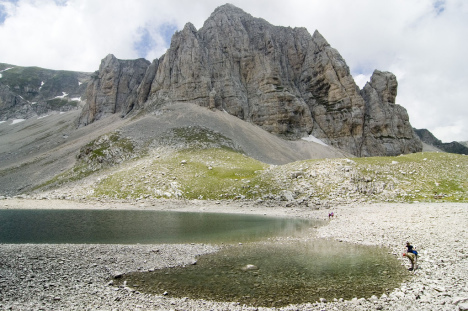 Between these many peaks that line the landscape, one can find the Aso Valley as well as the Ambro and Tenna and Nera Valleys. Each of them is home to a river which shares the valley’s name. There is also an artificial lake in the park which is known as Lake of Fiastra. However, it is the Lake of Pilato that is most well known in the park. The Lake of Pilato can be found in the foothills of Mount Vettore, situated at an impressive height of 1,940 meters above sea level.

While there is a great diversity of animals within the Monti Sibillini National Park, more people prefer to see the ancient structures which can be found throughout the range. There are several historical towns which can be found in the mountain foothills which are home to many churches and other buildings.

The park is also home to several abbeys which date back to the medieval period. The area itself is rich in history and was known as the mythical kingdom of Sibilla millennia ago. One of the most beautiful views over the national park offers a town of Castellucio, which is situated on a hill. 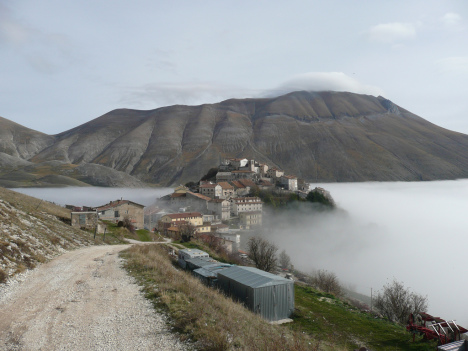 Along the Nera Valley slopes, you will find an ancient Roman town, Visso, which was established more than 900 years before the expanse of the great Roman Empire and remained a free town all the way up until the invasion of Italy by Napoleon. Throughout the entire length of the great Roman Empire, the town flourished. It is now a home to the seat of the national park.

One of the most interesting aspects of the homes that can be founded dotting the countryside is that many of them were developed to withstand attacks. People, who built their homes in the most isolated regions of the Monti Sibillini National Park, built fortified homes. Some of them built tower homes while others built great walls around their residences.