Located along the southwestern coast of Italy, not far from the city of Rome is where you will find Monte Circeo. The mountain itself is situated upon a peninsula in the Gulf of Gaeta with water to the west, south and east. The national park which encompasses Monte Circeo includes a total land area of around 84 square kilometres.

This park also protects other parts of the archipelago. From 24 national parks in Italy Monte Circeo national park is the third smallest one by area in the country, just after Cinque Terre and Mount Vesuvius National parks. 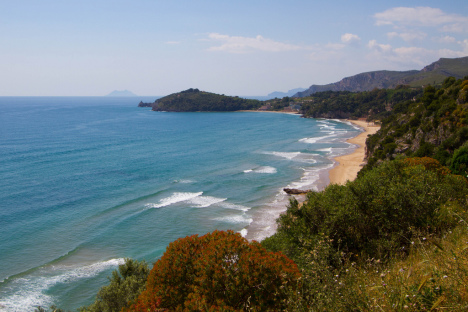 The area where Monte Circeo is located has been inhabited since prehistoric times. It was back in 1939 when an archaeologist who was studying the Guattari Cave came across a skull which belonged to a Neanderthal.

It was back in 390 B.C. when the ancient village on Monte Circeo was established by the Roman Empire. It is well known that the Romans were not the first to settle along the mountain, but any remains of past civilizations have been destroyed over the centuries. 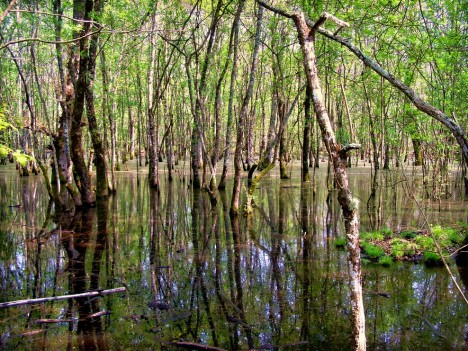 The town would later be moved to the opposing side of the mountain where the remains can still be seen today. These first and second century B.C. ruins are one of the more popular destinations on Monte Circeo.

There are many fine buildings located in the ancient Roman city. The current town has been built on top of these ancient ruins so many of them have been destroyed over the years, but there are still many fine items to see in the area. 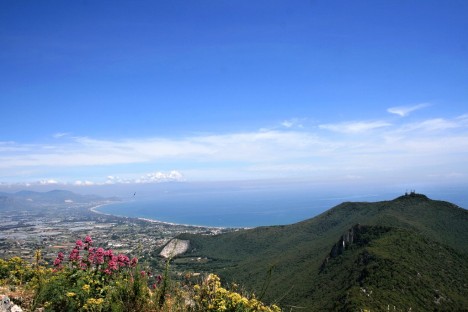 It is said that village was once a beautiful Roman seaside resort that both Domitian and Tiberius visited.

There are many examples of Roman art in the area. At the summit of Monte Circeo, there is a platform which was once a marvelous temple. Since the place is laid in ruins, there is not much known about what God the temple was dedicated to, but many believe that it would have been a Temple of Venus.