Erice – a centre of the cult of the goddess Venus

At the western-most part of Sicily is a small town of Erice, which was established on the mythical Mount Eryx already at the time of Greek colonization. It was a centre of the cult of the goddess of love, beauty, sex, fertility, prosperity and victory – Venus.

Her temple stood on the site of today’s Norman castle, just behind the public gardens of the villa Ballo. The city offers wonderful views of the nearby sea and surroundings. 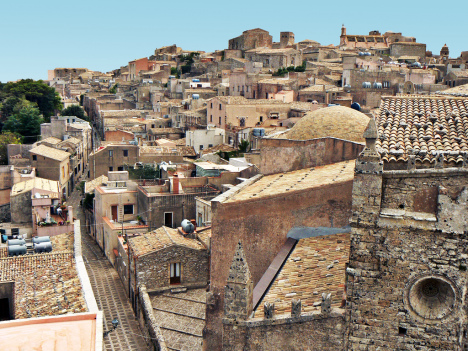 The historic town of Erice is situated in the mountains, at an altitude of 751 metres, near the town of Trapani. It does not lie directly at the sea, but it is just about 3 kilometres as the crow flies. You can get to the town by following steep switchbacks, which is a real experience itself.

Erice is surrounded by walls with bastions and is full of narrow cobbled streets as it is usual not only in Sicily, but throughout entire Italy. The streets are lined with stone houses, which are glued one next to each other. 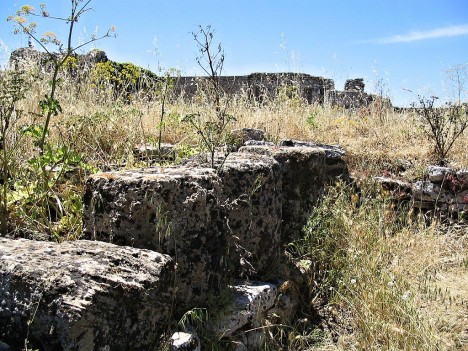 Remains of the ancient temple of venus, Erice by Norbert Nagel, Mörfelden-Walldorf, Germany

Houses usually have a small courtyard. In Erice, you experience very strange and peculiar impression, there is really a unique atmosphere. Today the town is a home to about 30,000 inhabitants.

The town and the mountain on which is situated, reportedly got its name after Elymian King Eryx.

There are many interesting sights that remained until today, such as the medieval church of San Giovanni Battista from 13th century and Erice Cathedral (Duomo di Erice) from 14th century decorated with a beautiful portal, battlements and belfry.

As the main shrine is considered Chiesa della Matrice standing near the gate called Porta di Trapani, which is one of the entrances to the city. This church was built in the 14th century partially of stones from the Temple of Venus. Near the church you can find a belfry. 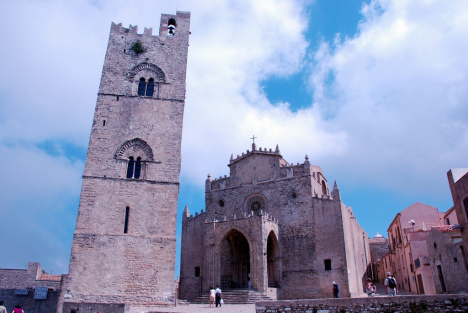 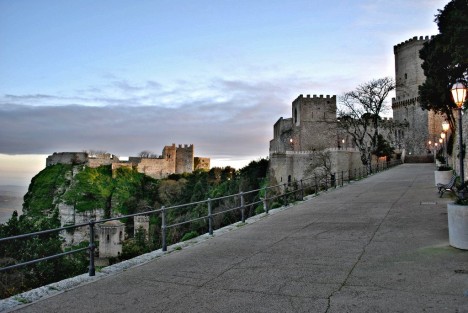 The towers were built during the Norman domination, to protect the castle. Castle and towers are named after the Norman rulers, who lived in a town for a long time. The tower has superb view of the Monte Cofano, the city of Trapani and the nearby Egadi Islands. 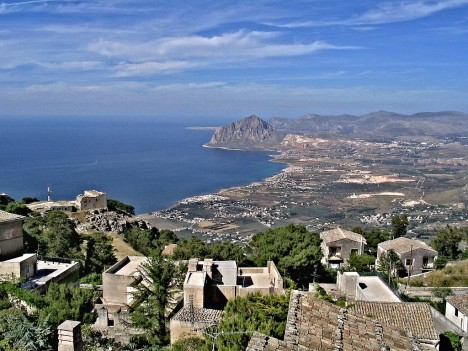