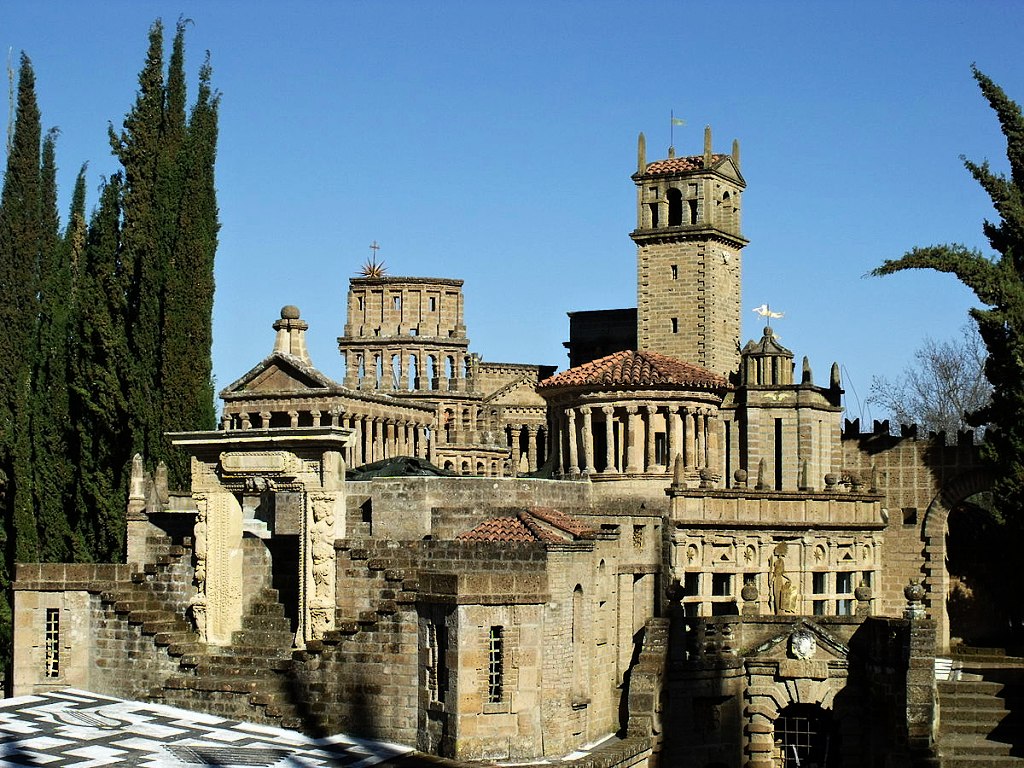 Most beautiful places to visit in Umbria

Nestled in the country’s middle area, Umbria is known for its historical and natural countryside. For most tourists, it is an ideal destination of luxury villas.

Although easily accessible from famous tourist hubs in central region, Umbria is relatively uncrowded even during the peak season. Due to rich history and culture, the small towns here are the home of top-notch monuments and Etruscan remains the equivalent of which are not even found in Tuscany. Find accommodation and hotels in Umbria: 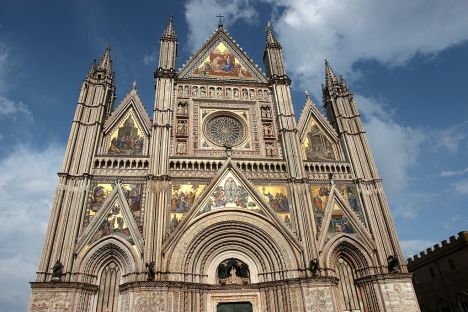 While the Renaissance took birth in Tuscany, it blossomed equally in Umbria whose presence is felt in every town featuring medieval character and superb Renaissance architecture. Here are the most marvelous architectural attractions to explore in Umbria.

The Basilica of St. Francis of Assisi

The current popularity of Assisi is perhaps due to St Francis, a humble saint who spurned riches. This enormous church is a luminous temple devoted to him. The edifice consists of a lower and an upper basilica.

The lower one is a Romanesque church exhibiting scenes from the saint’s life and New Testament, the more famous ones being the frescoes showing poverty, chastity, and obedience. The saint’s tomb is in the lower basilica. 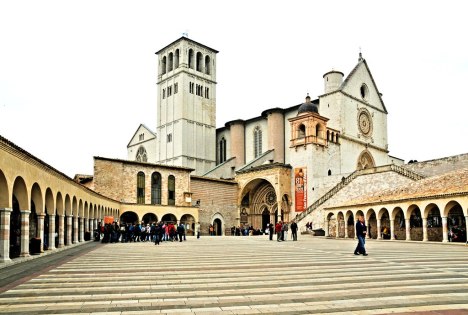 Basilica of St Francis of Assisi, Umbria by Dennis Jarvis

Soaring strikingly atop Narni, the fortress overlooks the gorges of Nera River. It boasts a quadrangular plant whose corners hold four towers and is flanked by second boundary wall as well as a moat.

The towers and walls have their corbels intact, while the court is adorned with lovely stairs. Of all the towers, the donjon is the biggest one with four floors and a basement. 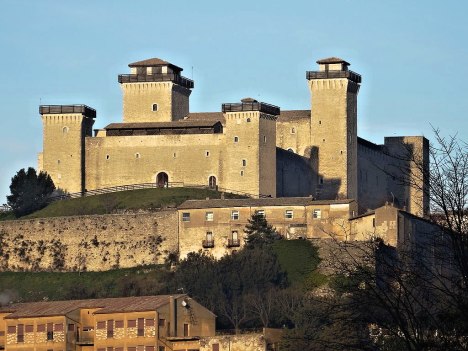 Nestled outside Assisi in the tree-covered hills, Eremo (meaning a hermitage) is a mystical place where St. Francis used to spend time in prayers and meditation. The natural milieu was a site of silence and solitude for the saint as well as his followers. The comfortable complex retains its rustic style and rosy stones even today and is inhabited by the Franciscan friars.

Main attractions here are the Santa Maria delle Carceri church, courtyard with fantastic countryside views, Chapel of the Madonna, original cave of the saint and his stone bed, bronze statues of the saint, and an ancient oak tree where birds used to hear St. Francis speak, of which the white doves even today have not left the place. 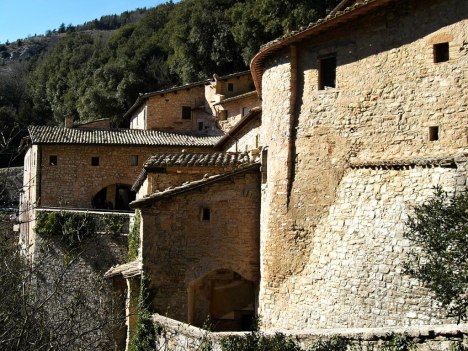 The donjon, in the past, was a vital military settlement on the shoreline of Lake Trasimeno. The castle was built to be a part of the big defensive system triggered from Apulia. 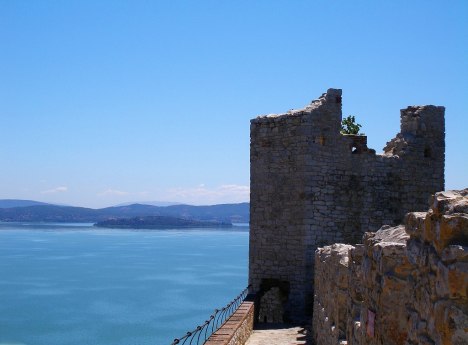 Nestled in Montegiove near Terni, Scarzuola is the surreal artwork by Tomaso. It is believed that St Francis lived here in a hut of scarsa, an aquatic plant and that he established a monastery planting a rose and a laurel, forming a source to which the locals are very devout even today. 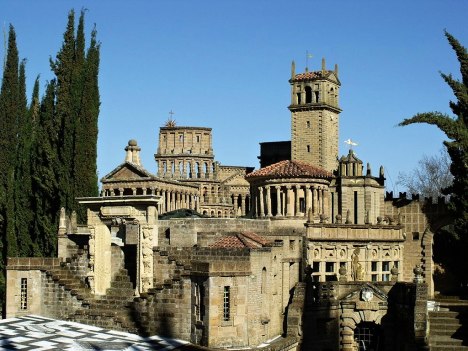 What else to see in Umbria

Umbria is an Italian region situated in central Italy, between Florence and Rome. The distance from that region to the Adriatic Sea on the east is the same as the distance to the Tyrrhenian Sea on the west.

Its northeast part is featured with the peaks of Apennine Mountains. It is a place where the third-longest river in Italy – river Tiber is rising and is further leading through the way dry hills south to Rome.

In the south-western part of Umbria you can find several volcanic lakes. Despite the lack of water is Umbria with its many natural parks called the green heart of Italy. Its capital is Perugia, which extensive historic centre expands onto steep slopes of the Apennine foothills.

Umbria is one of the most visited regions of Italy. The picturesque landscape, culture and art of the mysterious Etruscan people, their tombs, remains of Roman monuments, Romanesque and Renaissance architecture, delicious taste wines like Chianti and Vernaccia, quality olive oil… all of this is a guarantee of the unique Italian atmosphere that you can enjoy in Umbria.

A fabulous region of Umbria offers the possibility to spend your holidays outside a crowded tourist complexes. It consists of a picturesque undulating hilly countryside, covered with olive plantations and vineyards.

Roads that intersect the fields and pastures are often lined with cypresses and poplars. The ideal time to visit this part of Italy is spring, when the region dons in dark green robe but also fall, when the country is covered by different colours.

Due to pleasant climate those seasons are also perfect especially for exploring the historical sights, which are endless. 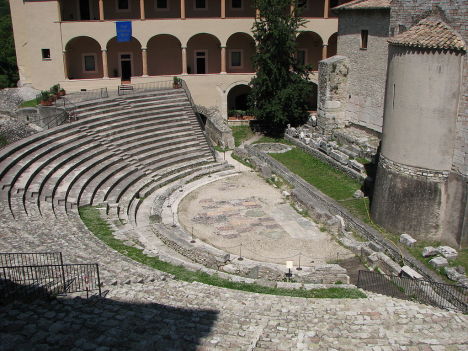 The Italian region of Umbria is well-situated among Tuscany, Marche and Lazio and boasts a very diverse landscape consisting of gentle hills, fertile lowlands, lush forests and deep gorges, which are cut by rivers. In Umbria, in addition you will find natural beauty and many historical monuments and excellent wine that competes with Tuscany.

Umbria offers you to spend a pleasant and relaxing holiday with the option of numerous trips around the area. Umbria has lots of thermal and mineral springs and regional cuisine is rich in local specialties, prepared in the traditional way. 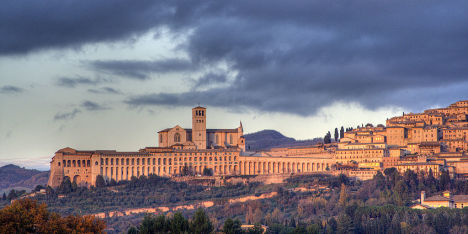 Top places to visit in Umbria