The island of Vulcano is one of the seven major islands that make up the Aeolian archipelago. Over the centuries, the island has become known as a popular destination thanks to its therapeutic thermal springs and mud baths. While there are several beaches that can be found on the island, most of the visitors make their way to Vulcano for some much needed rest and relaxation.

While there are many volcanoes and craters located throughout the island, they have laid dormant for centuries. The only activity is the steady stream of sulfurous gases that feed the mud baths and thermal pools that can be found in many locations on the island. One of the more popular things to do when visiting the island of Vulcano is to ascend into the Fossa di Volcano crater. 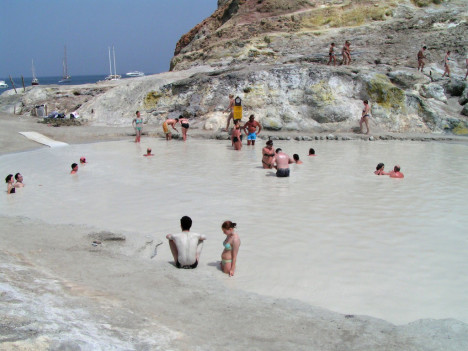 It is important to remember that when choosing to ascend into the crater, that the volcano is only dormant and is in no way extinct. What that means is that there are fissures located throughout the crater that expel sulphurous gases that are extremely hot and under huge amounts of pressure. For safety, follow the marked trails as you make the hour-long descent to the bottom of the volcanic crater. 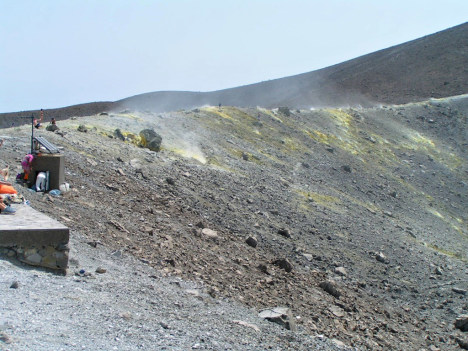 The Valley of Monsters is the site of a series of magnificent geological formations. The dark volcanic rocks in the valley have been carved out over the centuries by the sea breeze. The valley has become a popular spot on the island with countless visitors making there way to the area every single year.

Then there are the beaches of Vulcano. You will find several beaches throughout the island, but the most popular is that of Spiaggia Sabbia Nera. You will find the beach located in the Porto di Ponente area. The beach is composed entirely out of black volcanic sand that has slowly been smoothed by the gentle waves as the lap against the shores of the island. 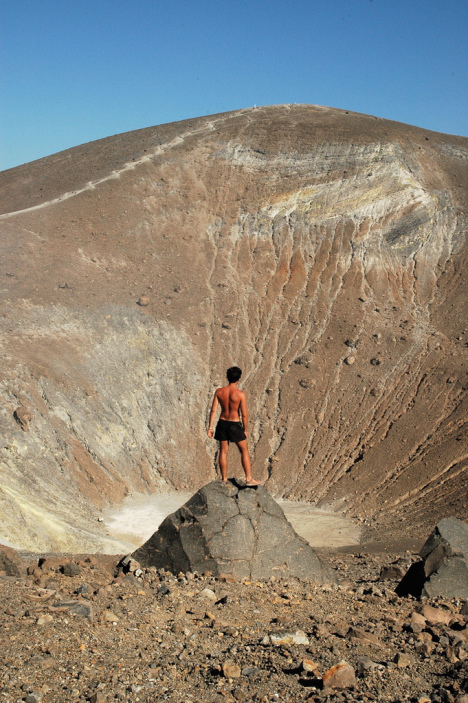 On the crater, Vulcano, Aeolian Islands, Sicily, Italy by Jean

There are several beaches that can be found at the southern tip of the island where the town of Gelso lies. Covered with black volcanic sand, these beaches have grown to become a very popular hot spot on the island over the years. Each of the beaches can be accessed by footpath from the town. There are also several restaurants that can be found in Gelso in case you get hungry while relaxing on the beach. 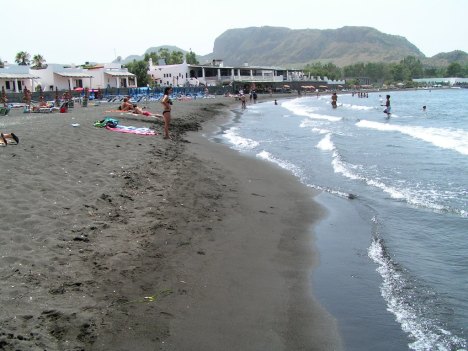 You will find a number of restaurants located throughout the island. There are also many small cafes which can be found in the most convenient of locations no matter where on the island you choose to visit. The best mode of transportation on Vulcano Island is the scooters so if you can rent one, then do so. 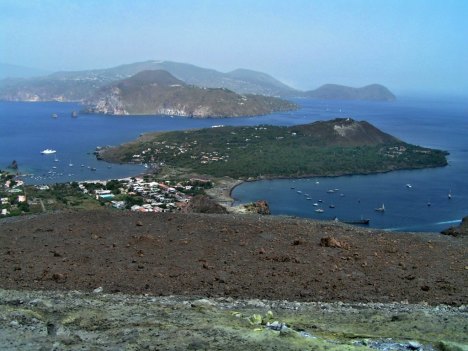