Salina – the second largest island of the Aeolian Islands

The island of Salina is one of the largest in the Aeolian Islands archipelago – the second largest just after the island of Lipari. The green and fertile countryside of the island is dedicated mostly to the island’s agricultural industry where locals grow grapes and capers. Known for its Malvasia wines, the culinary experience of the island has made it a very popular destination in the archipelago.

In the centre of the island, you will find the twin volcanoes of Monte dei Porri and Monte Fossa delle Felci. Long since extinct, it is because of the past volcanic activity that Salina has developed into a rich fertile island. The peak of Monte Fossa delle Felci rises up to 965 meters above sea level while Monte dei Porri is only 860 meters tall.

Salina has the most agricultural land and the vast majority of the island is fertile. The island of Salina is known for its wines and capers. There are a number of shops as well as cafes that can be found on the island. While now extinct, the island is also home to two volcanoes that are known to be popular hiking spots, however, avoid hiking during the peak summer months as the temperature can be really dangerous for those of you, coming from the northern parts of Europe.

Hiking up the slopes of the twin volcanoes has become a very popular activity for those who chose to visit the island of Salina. From the peaks, the panoramic views of the island and surrounding seas are quite breath-taking. There are many different plants and animals which one may encounter as they make their way up to the peaks. It is estimated that there are well over 400 different plants that can be found along the slopes of the mountains. 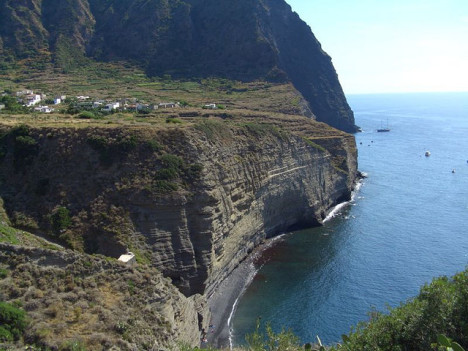 In the southern part of the island, you will find the small town of Santa Marina. It is here that one will find a tiny salt lake for which the island received its name. The salt from the lake is regularly collected as it is commonly used on the island as a means of preserving the capers that are harvested throughout the year.

There are countless beaches located along the coasts of Salina. However, many of them are rocky and not very comfortable to lie on. While there are a few sandy beaches that can be found on the island, people often make their way to the more isolated rocky beaches of the island in order to get away from the crowds. 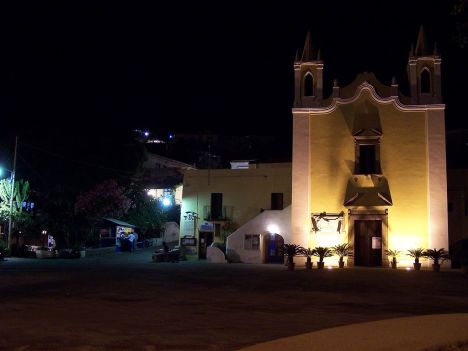 The surrounding seas are a diver’s paradise. There are many locations in the area to explore including the many submerged craters that can be found just off shore. All of the equipment can be rented locally. Since the waters around the island are crystal clear, you may also opt to snorkel rather than dive.

There is a small bus system on the island to help you get from one point to the next. There are also a number of taxis on the island that can be flagged down during the day. However, as with most of the Aeolian Islands, it is usually best to rent a scooter so you can go anywhere on the island whenever you want to. Hydrofoils and ferries regularly visit the island of Salina daily throughout the peak season.