The port city of Bari, the capital of the province of Bari and Apulia region, is located on the Adriatic coast in southern Italy. It is still well-preserved old town with winding streets, boasting the Cathedral of San Sabino (original building dates from the 12th century). Citta Vecchia welcomes its visitors with a feeling of the special atmosphere, maze of streets and alleys, where are situated all the main sights of this city.

On the first place there are Cattedrale di San Sabino and the Basilica di San Nicola from 1087. Both buildings are the examples of ultimate Romanesque architecture, which made Apulia region so famous. In the apse of the great pilgrimage church of San Nicola is the tomb of the last Princess of Bari – Bona Sforza, wife of the King of Poland and Grand Duke of Lithuania Sigismund I the Old. 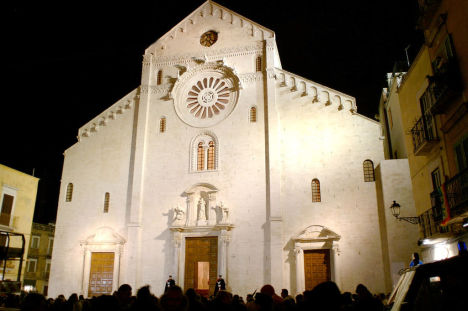 This architecture flourished in the region for several reasons. Especially strong influence of Norman, Swabian and Angevins rulers provided the money and stability needed for constructing such buildings, the completion of which sometimes lasted for several hundred years. 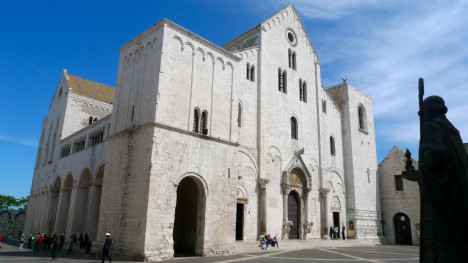 The region was a mix of different cultures, which is reflected in the buildings constructed in combined styles – such as Romanesque, Norman, Byzantine, Arab and Lombardy. The overall impression was also influenced by craftsmen imported from northern Italy. Puglia was also situated in religious crossroad, lying directly on several important pilgrimage routes and near ports, that were used by the crusaders and pilgrims heading to the Holy Land.

The ancient city of Barium that was on this place, was not significant and only served the Byzantines as an entry point to Italy. Development of the town started after the year 1071, when it was conquered by Norman prince Robert Guiscard. In the middle of the old town rises the Cathedral of San Sabino (1170-1178) with rare remnants of Norman ornamental decorations. Not far from it is the church of San Nicola, which construction started in 1087. It is one of the most beautiful Romanesque buildings in Puglia at all. 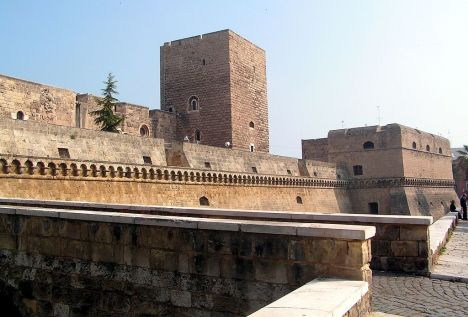 In the western part of the old town is the fortress (Castello Svevo – Swabian Castle), originally a Byzantine-Norman building, which was rebuilt by Emperor Frederick II of Hohenstaufen in 1233. In the 16th century was arranged like a palace by Bona Sforza and later served as a prison (now a museum). In addition to amazing sights in the city itself, Bari certainly become the starting point for exploring other major sights of Puglia.

Bari is the second largest city in southern Italy (after Naples) with about 400,000 inhabitants. It is the commercial center and the center of the chemical, shipbuilding and engineering industries and fish processing. It is the seat of the university and navy school.